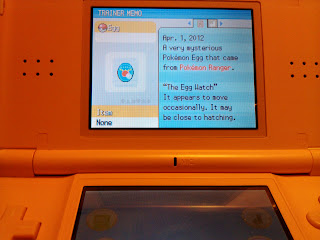 I happened to get a very rare Pokemon egg today. Well my husband was kind enough to give it to me since he had been playing Pokemon Ranger. Earlier we thought the game would give a different Pokemon but I'm not complaining. Here's how it happened:


My husband had been playing Pokemon Ranger for a long time. He had beat the game, done some missions after that and put in a password that would unlock a special mission. It's called "Recover the Precious Egg!". When he got the egg, he was able to look at it and he got an option to transfer it to another game. We chose to do so to my Pearl. 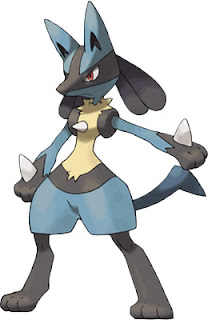 
Now you can add Lucario to your team. First you need to find a password from Eurogamer website. I will add the password to the bottom of my post. Then you go back to Pokemon Global Link and go to Promotions. There you find the post about Lucario and add the password there.


After this getting Lucario is similar to getting Arceus. Now you should visit the Dream World assuming you have a Pokemon sleeping there already. If not you better hurry up and knock one of them down. There you go to your house and check your friend board. You should see a picture of Lucario there. If not, something has went wrong along the way or your game is not authentic.


Then you leave Dream World and prepare your Pokemon to wake up. Then you go to your DS game and wake your Pokemon. Then you need to go to Extralink that will take you to the dream Forest. There you will meet Lucario and catch him.


Lucario seems to want to join YOUR party...


This Lucario is level 10 and knows the following moves:

I don't know about others, but I sure have had a lot of dreams that have to do with Pokemon. Weeks ago I had this dream where I was playing Pokemon but it was a little different from the original. I don't know how to explain the difference. I guess I could see more around myself and there was all sorts of places in the area to go to, caves and such.

Days later I saw another gaming dream, but this time the game was made from side view instead of sky view. It was very interesting but probably not a successful game in real life because I think it fits platform-jumping games more.

If this doesn't make you want to play the game, I don't know what will. I recommend making it full screen.

If some of you find these Pokemons specifically attractive, I hope you aren't too hurt of my personal opinion. I just feel like these guys are straight from Dragonball Z or something. I happen to be a girl and I like my Pokemons cute and simple. So the two can be found from the separate games and the last one needs the two together to appear. Of course I only got them to fill my Pokedex so I didn't waste my Masterballs. I really want to get all 5 stars on my Trainer Card which no doubt going to be a pain in the butt. Almost impossible perhaps?

Email ThisBlogThis!Share to TwitterShare to FacebookShare to Pinterest
Labels: pokedex

The Pokemons You Can't Have 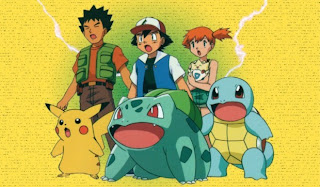 Just reading the title, doesn't it just make you angry? As a Pokemon trainer and collector our mission is to see and capture all the Pokemon's in the game and other Pokemon game's. Well there's a lot of Pokemon's that can only be obtained through events. Some you need internet for, in some cases you have to travel to a store or other kind of event place and pray you don't live in some hillbilly country that nobody cares about.

So there's a bunch of mouth-watering special Pokemon's out there you will not get our fingers on unless you were lucky enough to be informed, had the game and were available at the times of the events. Not to mention it doesn't hurt to live in Japan or have a friend there who is more than willing to share their luckiness with you to be born in the rising land of the games of tomorrow.

But what if you're like me who lives in a place that most people don't even know about? And because of various reasons get your hands on these games late? In other words you miss out even though you ARE a passionate Pokemon trainer. This is something I am trying to figure out myself too. But then I feel like it's just like some kids are born into a rich family and some are not. So instead of crying about something you can't change, work on the things you can. You don't want to end up being that faggot with the stupidest haircut in the second Pokemon movie who was capturing rare Pokemon's like they were toys. My point is that everyone has to work with what they've got.

So I'm challenging you to pick the most ordinary Pokemon in your collection and study it like it's your life mission. Everyone has the potential. Except for that faggot, he is not going to heaven. 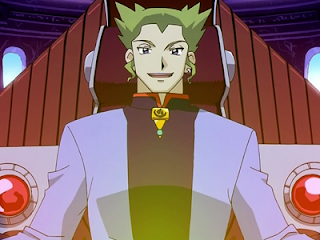 Now that I got a level 70 Mewtwo, I'm tempted to just beat Pokemon League with it. I've been wanting to get my hands on Zekrom so I don't know how long I can wait. Yeah the gaming experience will weaken a little but... I don't know. What should I do? Go for the kill or wait till I'm ready for real?
Posted by Poke Gal at 2/15/2012 09:21:00 PM No comments: